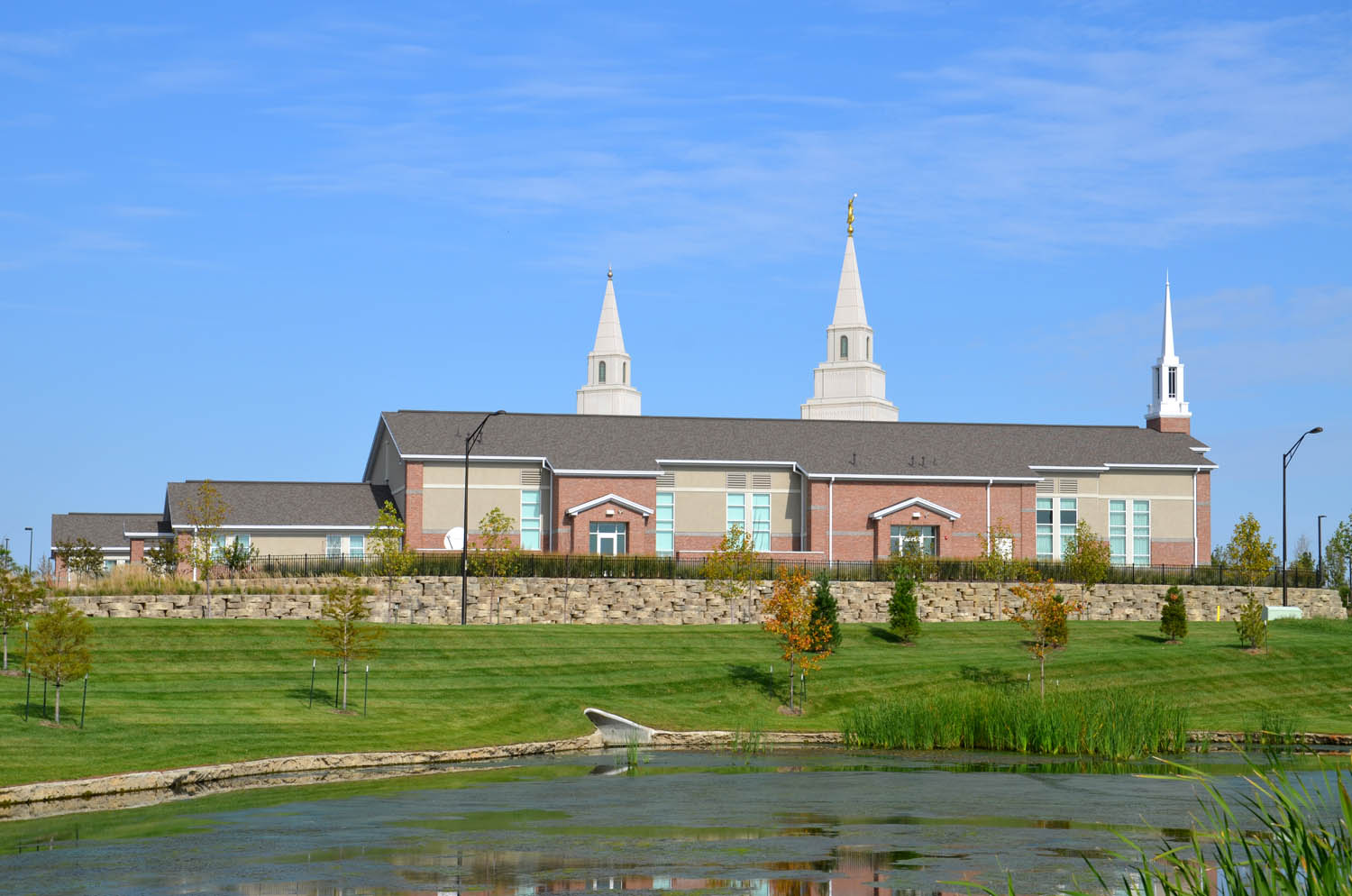 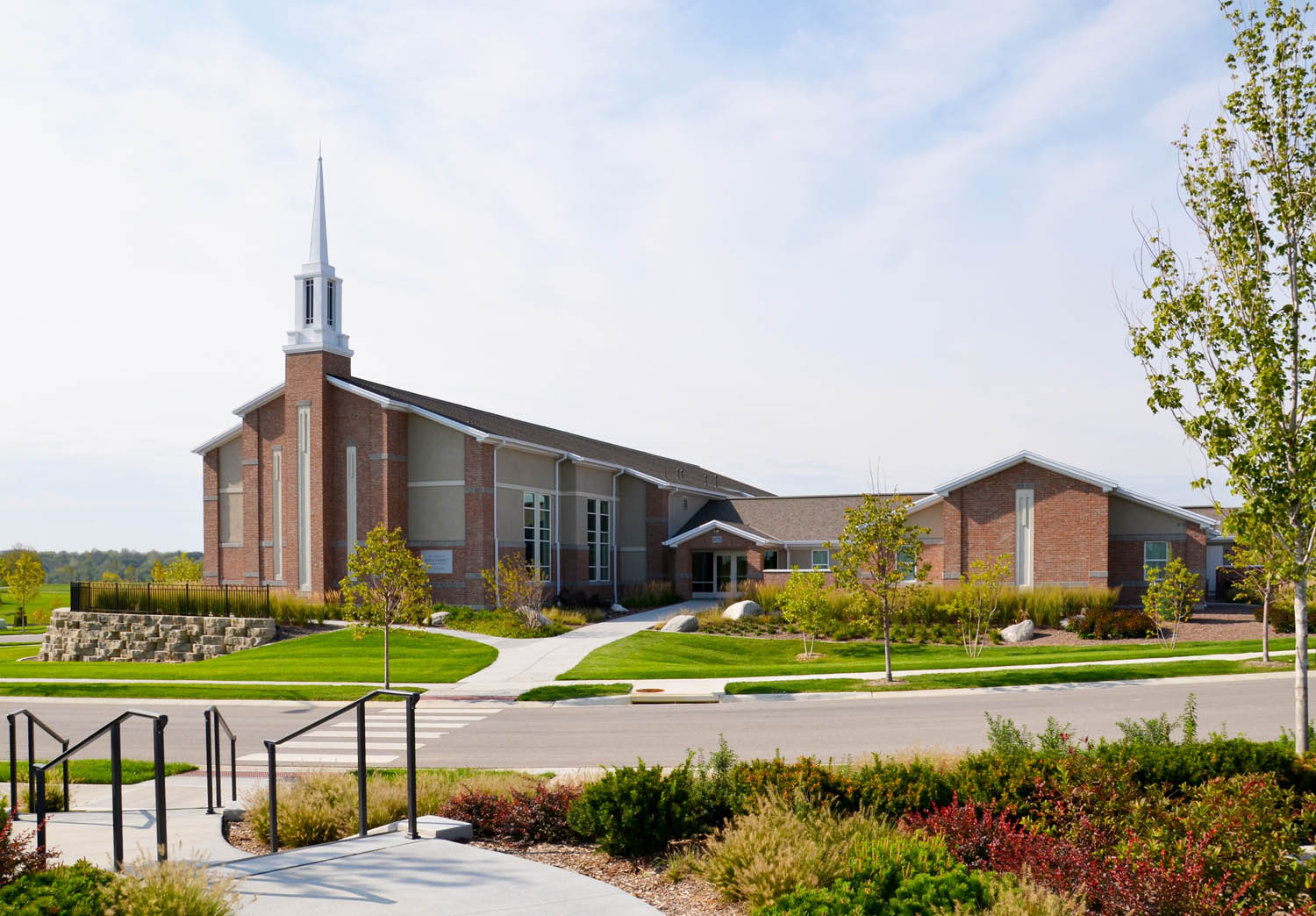 The Heritage 09 Prototype chapel is a "next-generation" chapel that incorporates the latest in energy-efficient technology, economizes build design based on region, and speeds up the build process. Four prototypes were built and the lessons learned were incorporated into a new Standard Heritage 09 plan. For example, one of the new prototypes has a flat stepped roof instead of the familiar sloped roof. This design initially posed a problem because the upper roof had no interior walls that could act as lateral resistance. The solution was to stack an upper truss onto a lower truss with an extra-tall parapet to resist lateral loads. 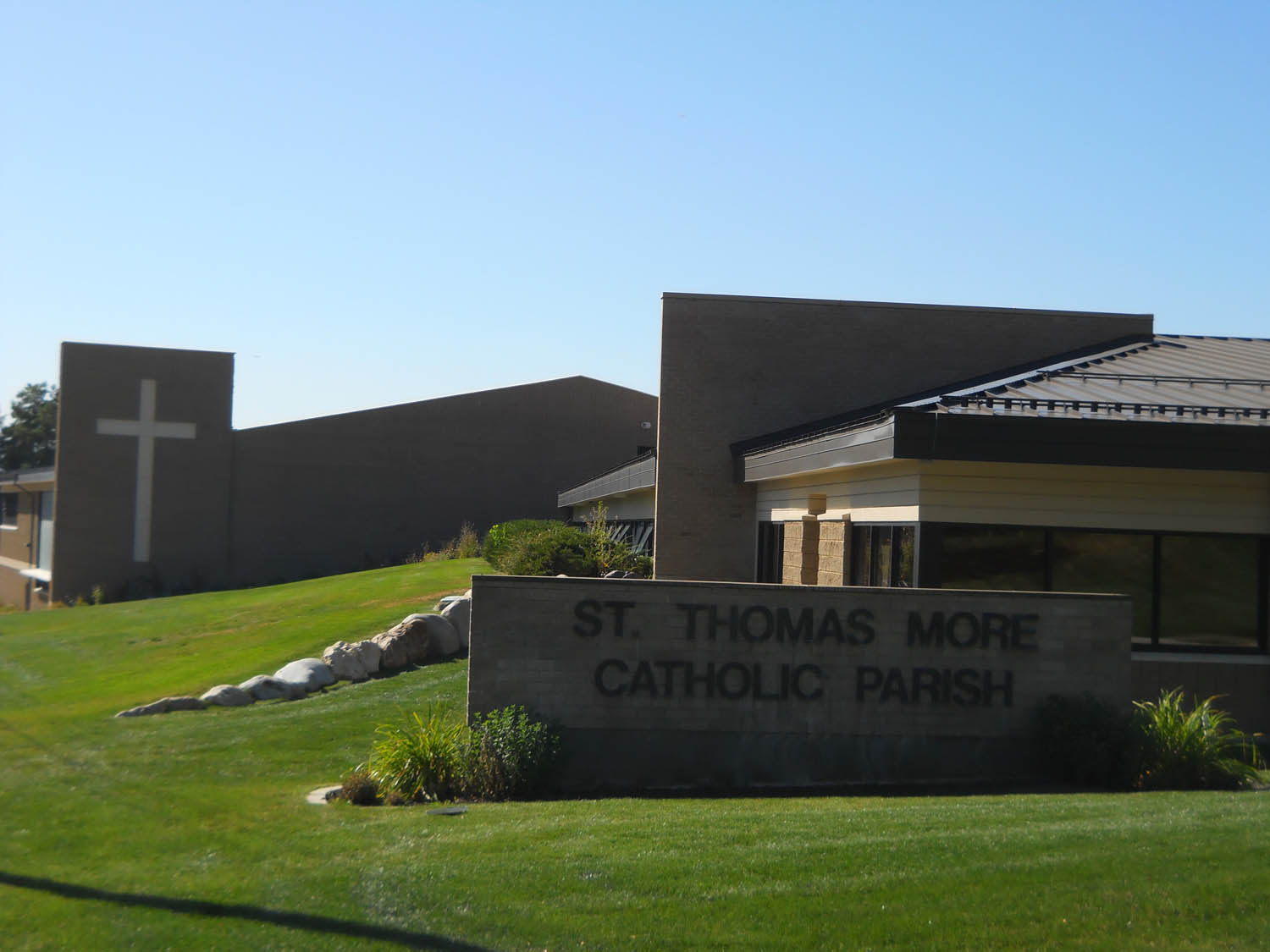